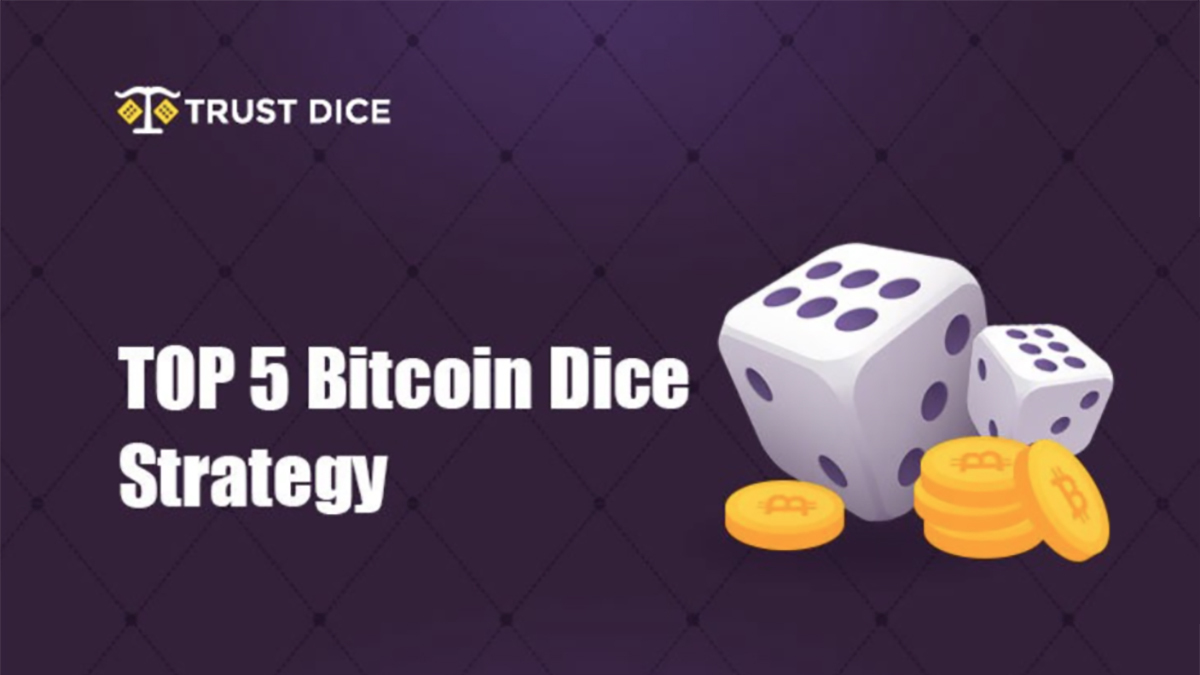 There are many different Bitcoin casino games available online. Bitcoin dice is widely regarded as the most “pure” form of crypto casino game available, offering players straightforward rules that are easy to learn, but difficult to master. If you’re interested in playing Bitcoin dice, it’s best to develop a winning Bitcoin dice strategy.

Bitcoin Dice strategies are similar to traditional dice game strategies, and focus primarily on the selections a player bets on and how much a player stakes per bet. In this guide, we’ll break down the five most effective Bitcoin dice strategies and some random dice tips.

The most common strategies for Bitcoin dice focus on watching previous rolls and identifying patterns. This leverages probability prediction — if the last 10 rolls you made landed under 50, it’s likely that you’ll see a rollover 50 very soon.

It’s important to note that the future of random dice games such as Bitcoin dice aren’t influenced by random past events — but patterns don’t continue indefinitely, which is what makes Bitcoin dice so much fun.

The most popular staking plan is the Martingale Strategy, which originated in 18th century France. Using the Martingale dice strategy, Bitcoin dice players progressively increase the amount they bet when they experience a losing streak. When a player wins a bet, the win from the bet covers the losses incurred from previous losing bets.

This pattern is repeated until the player correctly predicts a roll.

Another popular strategy is taken from the same dice strategy mentioned above. The break-even Martingale Bitcoin dice strategy is similar to the standard Martingale, but staggers the staking process, slowing the rate at which stakes are increased.

This process helps players hold out against a losing streak for longer.

In the inverse Martingale strategy, players stake a 50% stake of the wins from successful rolls. This strategy allows players to keep half of the winnings from previous rolls even if they lose the staked 50%.

The D’Alembert dice strategy is extremely straightforward. Instead of doubling the bet amount after each roll, as in the standard Martingale strategy, players increase their bet amount by 1x only after each consecutive roll.

The Paroli strategy is a progressive Bitcoin dice strategy designed to take advantage of winning streaks. TThis random dice strategy looks like this:

The Paroli strategy helps players to minimize losses and capitalize on winning streaks.