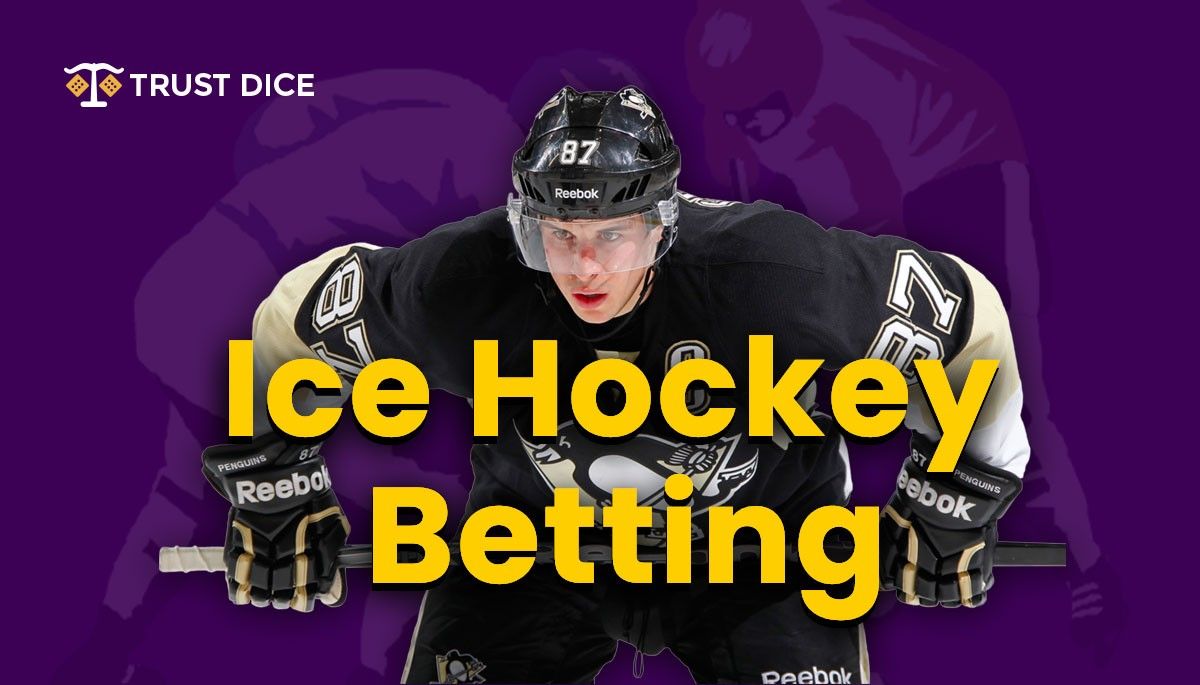 Ice Hockey is not only a popular sport in North America and Europe, it’s also an expanding market for bettors. Despite not being on the same level as soccer or basketball, ice hockey presents several opportunities as a lucrative market for bettors seeking larger profits.

Ice hockey has several advantages compared to other sports when it comes to betting — the dynamics of the game and its particularities allow houses to present an extensive list of selections, besides the traditional winner, tie, and final score.

Most ice hockey bettors wager in the National Hockey League —NHL—, the most popular and important professional league in the United States and Canada. The NHL hosts 31 teams in total that play in this competition, divided in two conferences: east and west. There are a total of 82 games in the regular season. The top eight from the east and the west will contest the playoffs to win the Stanley Cup.

The first thing to know when betting on the NHL is that the number of games that are played causes coaches to rotate a lot in the line-ups, also in the goalkeeper position. For this reason, it is important to know who will be the goalkeeper of each team before the game starts, since the differences between starters and substitutes are usually very large.

The second thing to consider would be the: who plays goalkeeper? In ice hockey, it’s common for goalkeepers to have a day off when their teams play several consecutive games. While they may not be as important as pitchers in baseball or quarterbacks in football, the difference between starting goalie and the substitute can be significant, it’s essential to consider this.

The third essential aspect is statistics: bookmakers base the odds on accumulated data from the teams. However, this data can be misleading: if a team's average is 6 goals in favor but it has scored only one goal in several games, then it will have exceeded that line in most games. The same happens in many other markets within this sport.

Likewise, it is vital to know how each team reacts to the exclusions of the players since this is a sport in which there are many advantageous situations for both teams. This data can help us establish winning game strategies, especially in live betting.

Other Aspects to Consider in Ice Hockey

There are two aspects that jump out when it comes to ice hockey betting is the variety and promotions associated with this sport. The second depends on the time of year, the relevance of the tournament and the attractiveness of the match. Thus, it is necessary to enter several portals —bookmakers— in a particular way. The first aspect, however, is simpler to analyze since it works as a cover letter for betting pages, and can make a difference when a user decides or not to register.

In relation to betting as such, the configuration of hockey games makes it possible to take advantage of various elements as forecasts objects. Thus, specialized websites offer basic selections such as winner, draw, total goals, correct result, goals per period and result handicaps — to which other more specific ones are added, like: both teams score, number of teams that score, and total goals —odd / even—.

Considering this, the best way to make a profit in this sport is through multiple or combined bets, which help to obtain better odds and, therefore, greater rewards.

Temporary exclusions that generate numerical inferiority or superiority are an important part of hockey games. When these situations occur, one of the teams plays with one less player during a set.

How the team handles these situations is crucial to evaluating its success in the match, so it is vital to study and examine reliable statistics on this. If you know the performance of both teams in inferiority or superiority, you will have a lot of advantage over the rest of punters. 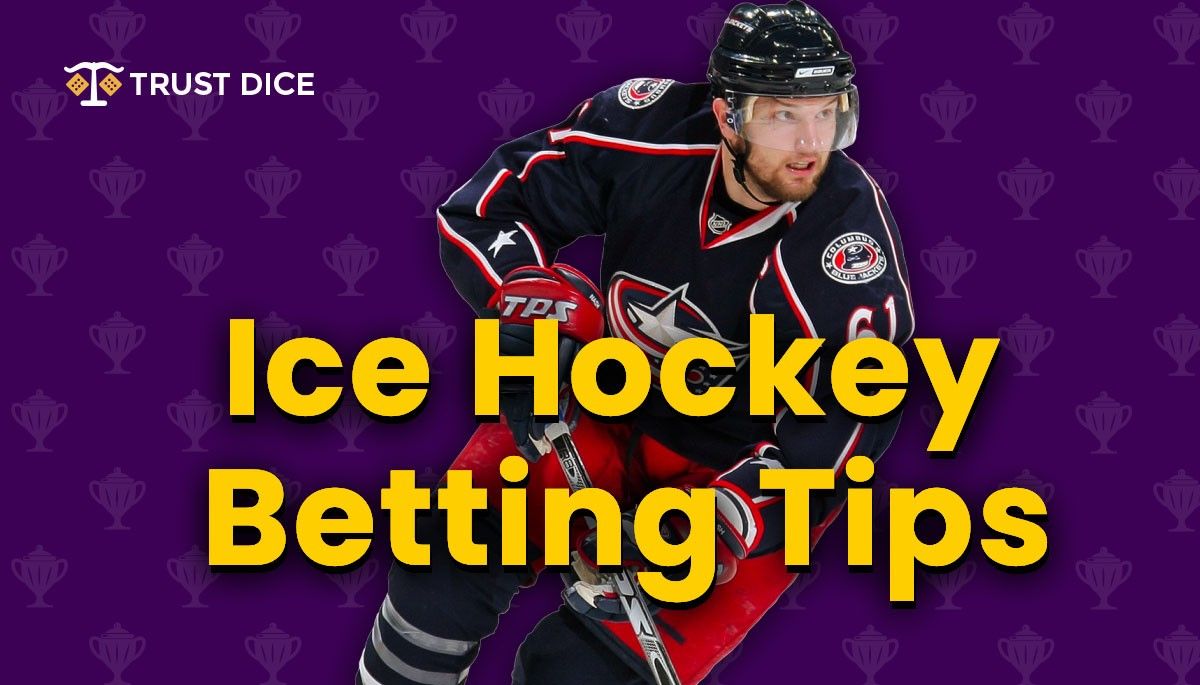 Goals of each team

You can bet on the more / less goal totals on the total of the match, but applied only to each team — meaning if the X team scores more or less than 2.5, 3.5, or 4.5 goals, or the goals that each team will score in each of the three halves of the game.

You would normally be allowed to bet with a handicap —or spread—, also called “Puckline” specifically for this sport. With spreads, the house will give a positive or negative handicap of 1.5 to each team. Often the odds are presented like this:

Note these types of bets are not popular as it is difficult to succeed in them. Usually, ice hockey is a sport with tight scores, this is the reason why most bettors go for the moneyline instead.

However, in cases where the odds for the favorite barely exceed 1.50, the handicap can offer an attractive bet. Besides, you can always combine both moneyline and spreads: if you bet on the favorite to win with Moneyline, plus on the loser to cover the handicap of +1.5 goals, you can take benefits from both bets. This is also the reason why we stated before that the best way to succeed in this sport is through multiple or combined bets.

Betting on the total number of goals scored in a game is a popular bet in ice hockey. Generally, the number of goals is usually between 5 - 7 goals. The first thing you have to do to make money on this market is forget about goal averages. Averages usually give a distorted image of what is going on in reality. Even if a team has an average of 5 goals in the last 20 games, if they only scored one goal in two of them, the average of five is no longer useful.

Thus, it’s better to observe how often the matches of this team exceed a certain number of goals. For instance, if the total number of goals offered by the bookmaker for a Los Angeles Kings game is 5.5, find out how many times the Kings have exceeded that goal number. If you see a clear trend on this aspect, you may have found a valuable bet opportunity.

Likewise, It’s also useful to observe the total goals in recent meetings between both teams, and of course, assess their performances when they play as home team or visitors.

In ice hockey, there is a particular market for bettors: the winner of any three periods. This pick is used to bet on the modest, mid teams that can win one of three periods.

The most common bet in any sport is match winner. There are two ways to get into this bet: one is the final result, including possible extensions. There are only two outcomes: either Team A or Team B wins. The second way is to wager on the outcome in the regulation time —the sixty minutes of the game—.