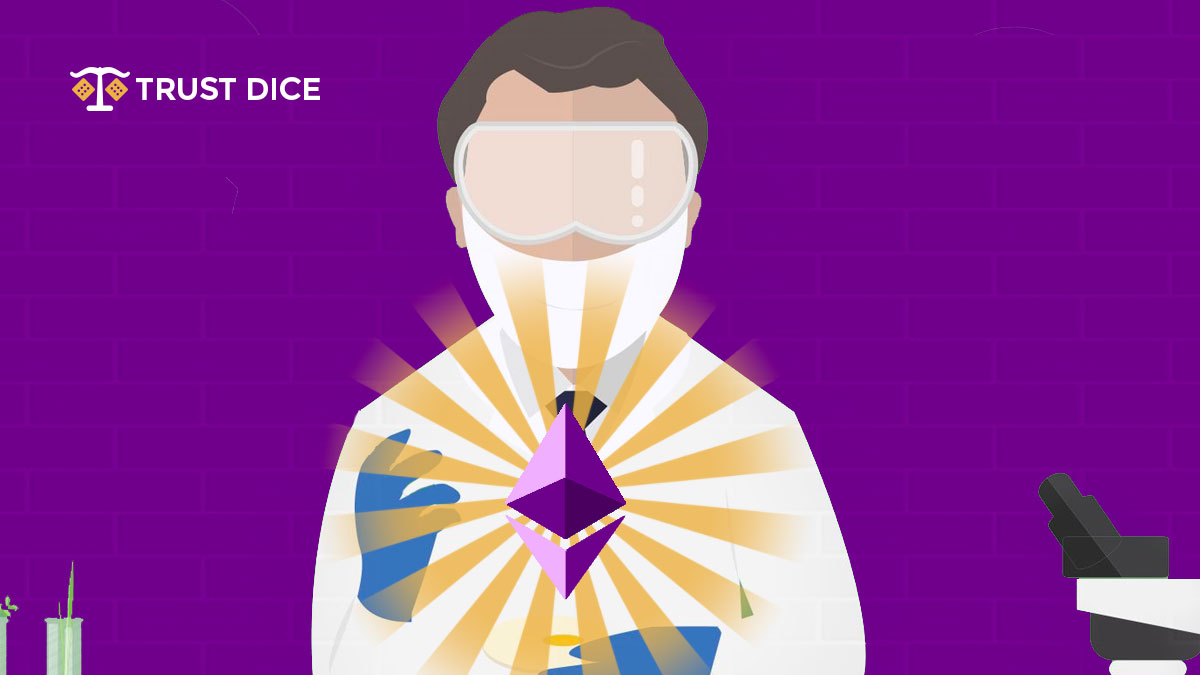 Ethereum (ETH) is the second largest cryptocurrency after Bitcoin, the king of cryptocurrencies. Since the beginning of 2021, many people may have begun to be interested in Ethereum, which has set a new record for the highest amount in history and has reached 200,000 yen, which is as strong as Bitcoin. ??

In this article, we will introduce "Ethereum", which is the most popular virtual currency that is hotly talked about, in an easy-to-understand manner even for beginners who are just starting virtual currency and want to start from now on. increase.

At the end of the article, I will also show you how to get Ethereum for free, so if you are interested, please read it to the end.

Ethereum was proposed in 2013 and was born in 2014 by Vitalik Buterin . Unlike the Bitcoin network, which is solely aimed at trading Bitcoin, Ethereum is a DIY platform for decentralized applications ( Dapps ) that utilize a technology called smart contracts. Ethereum is the currency of the Ethereum network and is used to power Dapps.

Ethereum's ultimate goal is to completely decentralize the Internet.

Many people think that the Internet is already decentralized and anyone can start their own site, which may be the case in theory. But in reality, big companies like Google, Amazon, Facebook, and Netflix dominate most of the Internet today. It can also be said that there is almost no activity on the web that takes place without some form of intermediary or third party.

Ethereum allows central powers to connect directly to each other's networks without having to deal with things. It's a network of computers that come together to become a powerful decentralized supercomputer.

Many users with little technical knowledge think of Ethereum as a currency, just like Bitcoin. We buy Ethereum in the hope that the price of Ethereum will rise, and we use Ethereum as a payment currency when purchasing something. However, Ethereum was not designed for the same purpose as Bitcoin.

The total supply of Bitcoin is 21 million BTC, while Ethereum has no limit on the supply.

The average confirmation time for one Bitcoin transaction is 10 minutes, while that for Ethereum is 15 seconds.

This is how Ethereum's smart contracts work. The Ethereum network executes the programs and Dapp conditions written by the Ethereum developers.

It is called a "smart contract" because it covers all aspects of the contract, including contract execution, management, performance, and payments.

However, smart contracts also have their drawbacks. A truly "smart" contract should be able to behave exceptionally as needed, taking into account other factors, such as situations where there is room for circumstance. In other words, you should be able to act like a judge with a good emotion.

However, smart contracts on Ethereum are not intelligent in that respect. In reality, it's literally rigorous with no compromises. You cannot adhere to the rules and take into account the human considerations and the spiritual aspects of the law that are common in real-world contracts.

Once a smart contract is deployed on the Ethereum network, it cannot be edited or modified by the original author.

The only way to change a smart contract's contract is to convince the entire Ethereum network, that is, all participating computers around the world, that the contract should be changed, which is virtually the case. It can be said that it is impossible.

Unlike Bitcoin, Ethereum is built with the ability to create very complex contracts, which can cause very serious problems as they are very difficult to secure. It can be said.

Ethereum started with the idea that "code is a law". In other words, the contract on Ethereum is the ultimate authority and no one can overturn the contract.

Wei is named after crypto activist Wei Dai, who is known for supporting the spread of strong crypto and privacy-focused technologies.

What is Ethereum's "gas"?

With Bitcoin, you have to pay a fee to the "miners" who mine Bitcoin in order to send transactions. By rewarding those who mine in this way, we try to include them in the block.

This is no exception to Ethereum, and Ethereum miners must also be rewarded for their computational contributions to the supercomputer Ethereum. This reward is paid by everyone when trading Ethereum.

Like cars, the Ethereum network is powered by gas. Each line of code that needs to be executed on the network consumes a certain amount of gas, and when the gas is used up, the code stops executing. Also, if you specify the amount of gas used in advance, you will not be able to refuel on the way. If the contract is written inefficiently or the gas runs out due to a calculation error, it just stops halfway.

When sending a transaction on Ethereum, you need to specify a gas limit. That is, decide how much gas you will pay up to to run your code. This is done to prevent you from running out of funds if your code fails and runs inefficiently or never runs.

The gas cap must be prepaid and there is no "refueling" option to add in the middle of the transaction. If you overpay, you will get a refund, and if you don't have enough, the transaction will stop halfway.

Keep in mind that if you run out of gas in the middle of a transaction, the transaction will stop and Ether will not come back. This can happen, for example, if your contract continues to consume gas over and over again and eventually runs out of gas.

Also, gas is not something you can own, it's meant to measure how much work you need to do to execute a single line of code (think of it as working hours), and gas is paid in Ethereum. I will. The price of gas is constantly changing depending on how busy the network is, and when the network is congested, the price of gas rises. The standard gas price is around 0.0000000002 Ether (20GiGa wei), which you can think of as the average price in the market.

What is an Ethereum wallet?

First of all, what is confusing for cryptocurrency beginners is "What is a wallet in the first place?" A wallet means "wallet" in Japanese, but a wallet in virtual currency is like a bank account used to send, receive, store and manage virtual currency. Then, when opening a wallet, a bank account called the "address" of the wallet, which is like an account number, is issued to each wallet.

The address consists of random numbers and alphabets, and an example of an Ethereum wallet address looks like this:

A hot wallet is a cryptocurrency wallet that is connected to the Internet. The advantages of hot wallets are that they are almost always free to make, easy to set up first, easy to access and accept more crypto tokens. However, hot wallets have the disadvantages of being vulnerable to hacking risks, potential regulation, and other technical vulnerabilities.

A cold wallet, also known as a hardware wallet or cold storage, is a cryptocurrency wallet that is not connected to the Internet. Cold wallets are generally more secure than hot wallets, but they do not accept as many types of cryptocurrencies as hot wallets. You also have to purchase the device for the cold wallet itself, which requires an initial cost.

The most basic type of account on Ethereum is called EOA (Externally Owned Account). Like Bitcoin wallets, EOA has an Ethereum address managed by a private key, and there is no limit to the number of accounts a person can open. In addition, EOA has the ability to create and execute contracts to send and receive Ethereum.

A contract account is an account with which a smart contract is associated. Every contract deployed on the Ethereum network has its own account, including a unique Ethereum address. However, unlike external accounts, contract accounts do not have a private key to manage them.

Keep in mind that once a contract is launched with a contract account, it cannot be modified and the author must strictly draft each trigger condition.

Get Ethereum for free

Do you know there is a way to get Ethereum for free without risk? It's called cryptocurrency faucet, and you can get a small amount of cryptocurrency at regular intervals by just taking some simple action (clicking an ad, Google authentication, etc.).

Trust Dice, a Bitcoin casino, has Faucet, which offers free cryptocurrencies to all users. With Trust Dice's virtual currency Faucet, you can receive not only Ethereum but also Bitcoin, EOS (EOS), Tether (USDT) and so on.

The only step required for cryptocurrency faucet is to verify your email address, so if you don't have Ethereum yet, take advantage of this amazing feature!

how was it? Those who have read to the end will have a new basic knowledge of Ethereum. Ethereum is more than just a currency, it is a network of computers around the world that work together to replace the centralized model of programs and businesses that run the Internet.

Ethereum has a very complicated structure compared to Bitcoin, but it is a virtual currency that is attracting attention because of the great potential and future potential of Ethereum. If you are interested, take Ethereum with the cryptocurrency Faucet introduced at the end of the article and join the ranks of Ethereum holders.