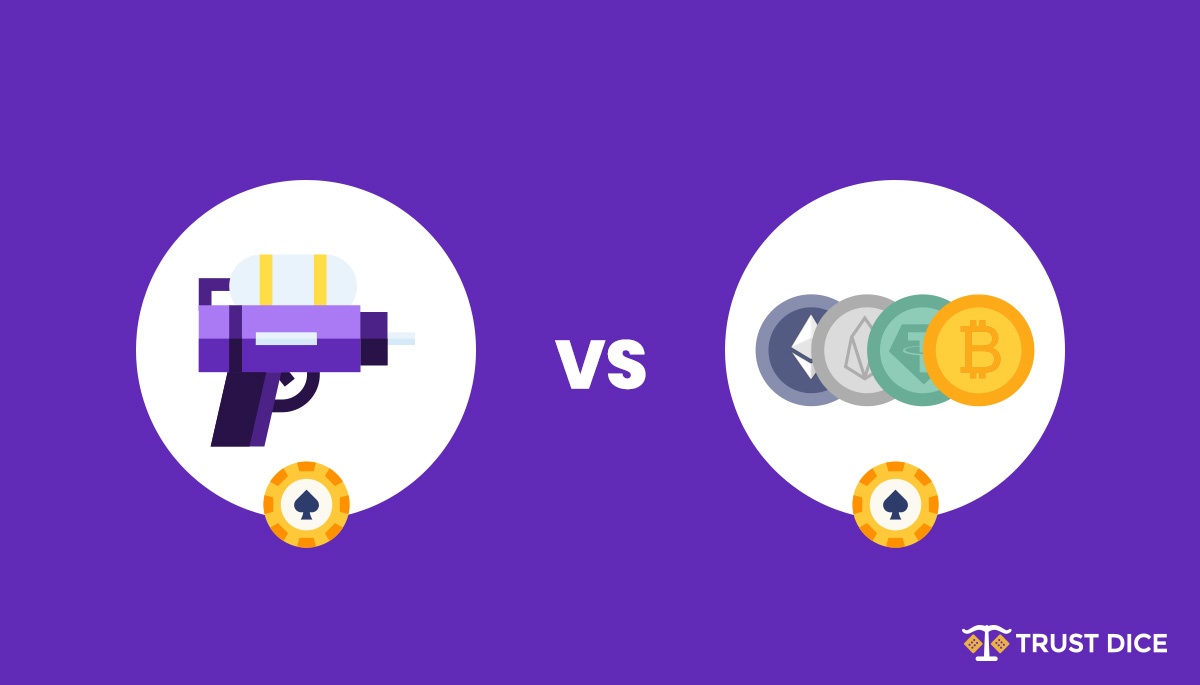 Crash Gambling: A Game That You Control

The vast majority of games that involve gambling leave a lot of opportunities to chance and not much to the player.

While roulette and most other games operate on a system whether your bet is always won or lost, crash gambling gives you a high chance to win small amounts if you have a more prudent approach to gambling, or at least to recoup any losses.

Before every round of crash, players have a shorty time period to consider which betting strategy they would like to apply – We’ll talk about some of these strategies later.

Once the game starts, a graph depicting an ever-increasing multiplier will appear on the screen. This graph can “crash” at any time by stopping. However, players can choose to cash out at any time. While it’s worth noting that most multipliers will stop rather early, staying in the game until a huge multiplier is reached can pay off – the multiplier can, in some cases, reach the thousands.

Starting from the esports scene a few years back, where playing roulette with CS:GO skins was already a very popular activity, Crash has long since ceased to be exclusive to CS:GO.

Since then, we’ve seen the rise of three main types of Crash games:

Check this good example of how crash gambling with bitcoin works: First of all, you need to choose your starting bet. Once you’ve done so, you can start thinking about which of the strategies we’ve outlined above you should use. Or make up your own!

Once the round starts, get ready to cash out whenever it suits you! You can also select “return to base” if you’d like to keep betting on the same odds until the end. Our settings also allow you to cap your bets if the amount wagered would go above what you’ve planned to gamble or to stop playing after a certain number of rounds.

Once you’ve configured all your settings, hit “Go” and let the fun begin! After all, everyone has their own lucky numbers.

CS GO Crash is done mostly by gambling your CSGO skins and cases directly. In addition, you can also win loot boxes that can be opened and players gets random skins (it can be very rare skins and rare skins can cost more than $10,000), instead of buying skins directly from market of skins.

CSGO Crash is still going strong today on a variety of popular and provably fair esports gambling websites. If you’d like to try your hand at some of these, we’ve prepared a little list of popular CSGO gambling crash sites:

Many players have used Crash gambling to turn their unwanted, dime a dozen free drops into expensive eye candy using nothing more than determination and a keen eye for good odds.

Although both CSGO skins and Bitcoin gambling can net you great profit margins, the value of CSGO skins can be quite volatile and devalue greatly over time, whereas bitcoin only becomes more valuable with time due to cryptocurrency demand. Even if the value of any given cryptocurrency can drop in short term market value, cryptocurrencies have always bounced back and continued to increase in value, especially bitcoin.

If you’re still willing to try Crash gambling, we would suggest to read some strategies for gambling in CSGO and Bitcoin crash games. Read it carefully and use it for your own risk:

All websites that feature Crash gambling will give you the option to place a bet for all rounds played and automatically cash out once the multiplier hits your desired number. This strategy is often used by prudent players who will aim for a lower multiplier, which has a higher chance of being reached.

Although the wins will not be jaw-dropping, over time this Crash strategy can net you some serious profit. This strategy is the automated version of what is known as fixed wager betting, as time tested as it is simple.

While following the classic Martingale strategy, a player will increase their bet by a fixed percentage every time a round is lost. Once the player wins a round, they will go back to the amount that they originally started betting with.

The reverse of this strategy is also used occasionally – namely, betting less for every round lost, until a round is won.

A system of numbers that has occupied the minds of mathematicians and astronomers for centuries, the Fibonacci sequence consists of numbers equal to their two predecessors. These numbers are 0, 1, 2, 3, 5, 8, 13, 21, 34 and so on. Every time a bet is lost, increase your bet by the amount you bet in the first two bets.

Since Crash gambling can take a while to get used to, you can try to adapt this method for smaller odds until you get a good feel for the game that will allow you to sense when you should let the multiplier fly high. For instance, you can always bet with multipliers of 2.1, 2.2, 2.3, 2.5 and increase your bet as much as you’d like.

Contact with support chat and write: Hey :) I read your article about Crash gambling. Get 1,000 satoshi to test games!

Generally speaking, Crash gambling is a fun betting game that allows the player to choose their own profit margin by cashing out whenever they choose. If you have bitcoin or skins, feel free to choose one of the sites and test your luck!